The reserve is named after South African botanist Pauline Bohnen Kies, who joined Kew Gardens in London as a young botanist just after her MSc in the early 1930s to help with specimens from Southern Africa. Travelling three weeks to reach London by ship, Pauline Kies deepened her relationship with her future husband, Hendrik Bohnen, also en route to the UK.

After their return to SA, Pauline had family responsibilities and only when settling in Stilbaai after Hendrik’s retirement, could she afford to spend time among plants again. She started drawing and painting them and found that much of the fynbos of this area differs from other fynbos plants and she campaigned to protect this scarce and poorly safeguarded coastal (Canca) limestone fynbos, working towards the establishment of a nature reserve on the site of a former farm, land owned by Riversdale Municipality on Stilbaai’s eastern side.

Her works cover more than 1200 species of the area, both north and south of the Langeberg, one of the most complete of the local flora. No less than 18 different vegetation types are found around the area, making this a prime zone for the conservation of plants, for research and a place many people like to spend their holidays or even call home, enjoying the unspoilt and functional natural surroundings. The status of at least 50 plants in the reserve is vulnerable to near threatened such as Erica calcicola, Amphitalea alba, Oedera steyniae, Agathosma muirii, Helichrysum cochleariforme, Euryops muirii, Leucospermum praecox, Leucadenron muirii, Geisshoriza tenella, Stoebe muirii, Protea obtusifolia, Freesia leichtlinii subsp. alba etc. as well as Chaenostoma placidum, a species only known from limestone hills around Stilbaai.

Limestone fynbos grows on alkaline soils unlike most fynbos vegetation of the Cape Floristic Region that requires the neutral to acidic soils derived from Table Mountain Sandstone. The Bredasdorp-Riversdale centre of endemism is located on the coastal area from around Gansbaai to the east of the Gouritz River. The relatively young limestone in this area gave rise to new species which are now restricted here. Limestone fynbos shows a lot of endemism (species occurring on single or very few sites only). Over a quarter of limestone endemics have been listed as red data, but two areas show a higher than expected number of rare species: Hagelkraal and the Melkhoutfontein/Stilbaai East area (1).

Limestone reserves are few and far between, Pauline Bohnen is the largest and sole public Canca limestone reserve. Canca limestone differs from the adjacent De Hoop limestone in plant make-up. The low agricultural output soil and its closeness to the coast makes these plants exceptional survivors. New species have emerged and local adaptations have occurred.

Real work on different biomes based upon diverse geology, climate and geography is in full swing. It is important not only for the appreciation of local flora, fauna and unspoiled surrounds, but also a magnet for research (coupled with the many local archaeological finds and the Stilbaai Marine Protected Area), attracting visitors from all over the world: a unique treasure to pass on to future generations.

Black gold in the Maluti Mountains

Wed Mar 24 , 2021
Carol-Ann Heller, worm farmer and educator .The rugged Maluti Mountains rise as a picturesque backdrop to ploughed fields and vegetable patches cultivated by members of the commune where I originally found my spiritual home in 2005.   Fresh icy winds invigorate during winter; welcome splashes in the river cool off in […] 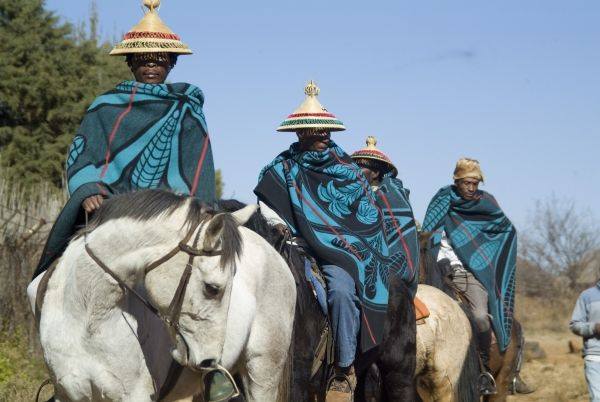