Debbie Alcock (nee Heller) lives in Springs, Johannesburg and has kindly agreed to share her writing skills and some of her life stories with us. Thank you Debbie, what an honour and a privileged to make your acquaintance. We look forward to hearing a lot more from you in future publications.

The First person I saw as I stepped down from the airplane after our 20 hour flight back to South Africa was my mother waving to us as she leant over the parapet wall of the new Jan Smuts Airport.  My husband Jos and I and our two very young sons were returning after 5 years living on a kibbutz in Israel.

Six years earlier in January 1952 to be precise, I was part of a group of 10 young adults who had committed to a year living and working on a South African farm in Brits preparing us for life on a kibbutz in Israel.  “The Kibbutz,” derived from the Hebrew word meaning “group” describes a collective community in Israel based on agriculture.  Its aims: to live in a society founded on communal ownership of property, social justice and equality”.  These values were far from the way of life we grew up with in South Africa.   But during the 1940’s when anti-Semitism and news of the Holocaust trickled into our lives, the Jewish scout movement that many of us belonged to called Habonim (The Builders) brought us to the realization that we Jews were an abnormal nation having no homeland and no agricultural base.

To our parents this was a strange and disappointing choice.  There were many arguments, but eventually acceptance and even pride from some parents who accepted that we would be leaving South Africa to live in Israel…  My father told me had he been still a young man he too would have done the same.

In 1950, 2 years after the Israeli War of Liberation, our youth movement Habonim had joined with an Israeli youth movement and established a new kibbutz in the Judean Hills called KIBBUTZ TZORA, halfway between Jerusalem and Tel Aviv.  Tzora was to be our eventual destination.

But first we were directed to experience a year on a well-established older kibbutz in Israel in order to appreciate the rewarding developments possible, and not become disillusioned on a young kibbutz.

We arrived in Haifa on October 27th 1953 and were met by members of Kibbutz Neat Mordechai, which had been established sometime in the 1930’s by Jews from Eastern Europe who had fled the rise of Hitler.  Some, due to inter-marriage, had brought Christian parents with them.  These kibbutzniks were wonderful people!  Strong characters who had endured many hardships which included draining swamp land to become healthy agricultural land.  Many people still suffered malaria from that work.  We heard amazing stories of audacity and courage of kibbutzniks who had parachuted back into Yugoslavia to fight with Commander Tito against the Nazis, and managed to rescue Jews to go to Israel.  Likewise helping Jews escape the camps in Cyprus and get to Israel.

We were made very welcome in Neat.  In fact, when our year was up, they didn’t want us to leave.  But my adjustment to Israel and kibbutz life was not easy.  Even knowing that Israel was the size of our Kruger National Park after our wide open spaces took getting used to.   But the weather!   Winter was cold and wet with icy winds blowing down from snow-capped mountains on the near-by Syrian border.

Summers were unbearably hot!  Sometimes a “chamsin” would blow for 5 days – a hot wind that came over surrounding deserts beyond our borders.  Food was different and strange with hardly any meat.  Strange vegetables grew in the veggie garden where I worked.  I had also fallen pregnant – first time in a strange country had its problems.  In that first year I suffered from insect bites which invariably turned septic.  We stayed in single rooms in a long prefab structure, with toilets and showers a short distance away.  But one blessing – hot hot water to shower under from the solar heating system!  In 1953!!

We ate in a large communal hall where the whole kibbutz congregated.  One night we were served by a Member of Parliament!    He was Ahud Avriel, a member of Neot but also a member of Ben Gurion’s government taking his turn of duty on the food cart.

A big problem for me was learning and speaking a new language.  It took me three years before I would dare hold a conversation in Hebrew How I was going to read my children their bed-time stories was becoming a menacing problem.

We learnt that kibbutzim could not survive on agriculture alone.  Every kibbutz had an additional source of income.  Neot had a shoe factory and fish farms in dams on the kibbutz.

Tzora, our home to be, had a furniture factory, a bicycle factory and a small dress shop.

My first real shock was returning to Neot with my first baby son Yoash born in 1954 in the old Monastery hospital in Tiberius overlooking the Sea of Galilee (Lake Kinnear) I knew that kibbutz children lived in their own children’s houses .But I was not prepared for the reality of my new-born son being placed permanently with four other recently-born babies in their own room in the children’s house when we arrived back at Neot.  I was so new on the kibbutz!  The first parent in our group!  I needed to set an example!  I accepted this way which the older women nursing their 2nd and 3rd baby’s accepted so casually.  “It is the best way!”  “You will get used to it” I was told. And so I tried.

For the first 6 weeks new mothers don’t work at all, spending time in the baby house, fitting into baby’s routine of feeding and bathing and caring. Then work hours build up gradually into a full 8 hour working day with as many visits to the baby house during the day as can be managed.

Family life on the kibbutz is really very strong  .After  a  full  day’s work at about 5 p.m., having showered and dressed in clean clothes, parents are free to spend uninterrupted time with their children as a family  without any other pressures interrupting.  There is no cooking to be done, no clothes to wash or mend, no accounts to be paid or financial problems to worry about.  All these are cared for by the kibbutz. Family life can be intense and free of any distractions and is a bonus of kibbutz life.  Ashy and I spent lovely times together.  Jos, my husband, was rarely with us.  He was always working – by choice!

Children’s houses are the first proper buildings to be built on every kibbutz. Spacious rooms with clean tiled floors; proper bathrooms with small flushing toilets; a play room equipped with educational facilities and toys.  A garden to play in    We found all this on Tzora when our year on Neot ended and we moved south rather reluctantly.  We had found a happy place for ourselves at Neot.  But the time had come to move to our permanent home in the Judean Hills – Kibbutz Tzora….

The kibbutz was established on 2 November 1946 by Jewish immigrants from Czechoslovakia, Germany and Austria. It was named in honour of Mordechai Rozovsky, a Zionist activist in Argentina.

2 thoughts on “The Kibbutz – Neot Mordechai”

Mon Apr 26 , 2021
Some people believe homesteading requires you to buy a farm and go completely off grid. This is one form of homesteading but for many this is not what homesteading looks like. You can live a busy life and yet still take time to start living a simpler more fulfilled life.  […] 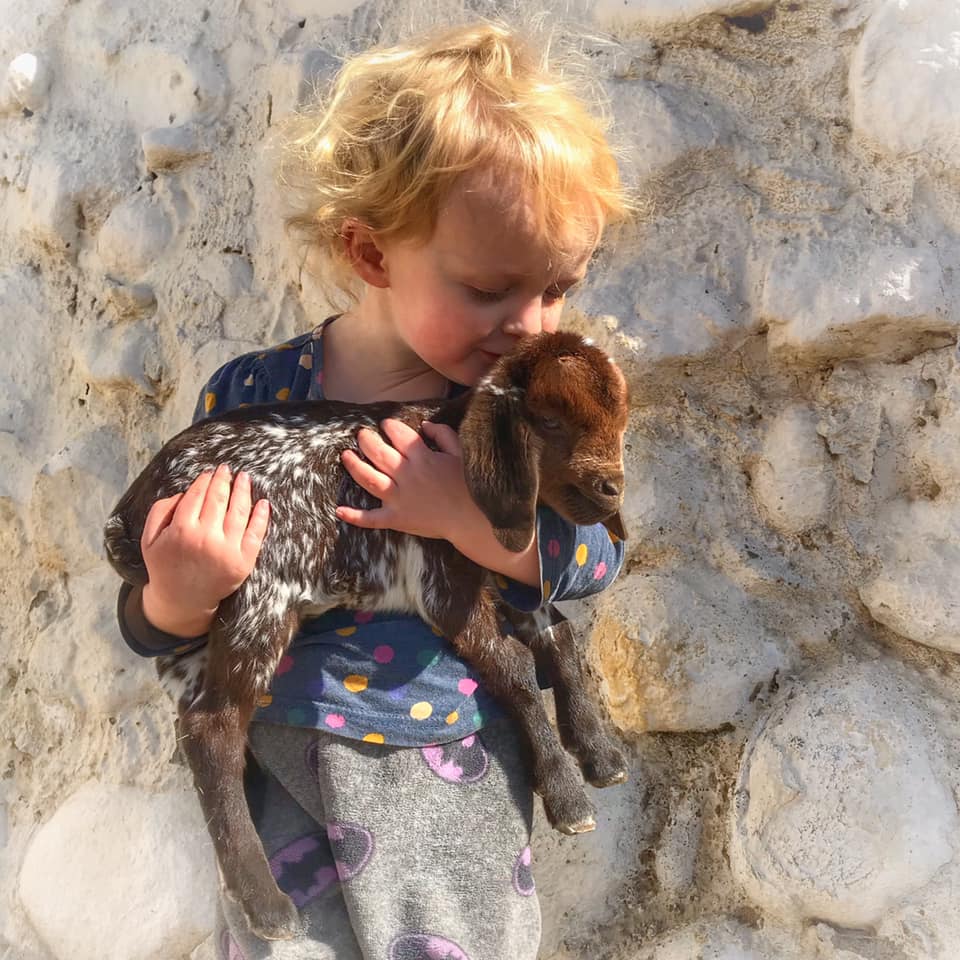