I think I was born with a love of nature and for as long as I can remember I have had a fascination for living creatures be they insects, birds, fish, amphibians and reptiles. I was born in England and my early years were spent catching tadpoles and newts in the local ponds and watching nature programs on TV. When I immigrated to South Africa with my parents at the age of 8 it was like arriving for a visit to London Zoo and the amazing thing was that I could live in this zoo. Growing up in the South Peninsula of Cape Town was great and there were many areas that I could explore on my bicycle with a shoe box on the bike rack filled with jam jars and cotton flour bags for whatever interesting creatures I could collect

A friend of my father gave me an old copy of “The Reptiles and Amphibians of Southern Africa” by Walter Rose (a nature loving dentist living in Cape Town) printed in 1950 and filled with lots of black and white photographs and diagrams. This book became my manual for identifying snakes, lizards, frogs and toads and probably saved me from picking up a few deadly snakes. My parents were kind of neutral towards my love of nature so long as I didn’t create too much havoc and I managed to keep a fairly low profile other than losing a few snakes in the house and knocking over a box filled with crickets that I had collected for my lizards. It took a while for my mother and sister to forgive me for the crickets saga which happened one day when I was delighted to stumble upon a plague of black crickets at the local soccer ground and rushed home to get a spare shoe box and stuffed the box full of wriggling crickets which would delight my lizards the next day. As it was too late in the day to feed the lizards I quietly stored the box in my bedroom and forgot about it, later that night when everyone was sleeping, one of the crickets started to chirp and in no time all the other crickets followed suite and the deafening noise woke me up. I banged the box with my pillow and all was quiet again, later that night I was awakened by a scream, sounds of shouts and angry voices and the sound of furniture being moved. To cut the long story short, I had knocked over the shoebox and those crickets escaping visited my sisters room next door and started to chirp, my sister woke and jumped out of bed landing on some crickets, her screams woke my mom and sadly many of my crickets didn’t survive the night. One of the things that I learned from my experiences was to understand and correctly identify the creatures I

was catching especially snakes and with the help of my “manual” and a great eye for detail I became very good at this, this skill has remained with me to this day.

As is usually the case when one progresses through high school, I had less and less time for my interests and I struggled with the 7 tropical fish tanks in my room, the 3 aviaries in the garden, the lizard collection, the snake collection and the assorted other creatures and slowly had to reduce my responsibilities. After school was a career to develop, a family to raise and the years flashed by but my interests never diminished. Moving to Buffeljagsrivier in 2004 provided the opportunity to spend time with nature again and I enjoyed the wide variety of wildlife that are abundant here. My interest in snakes and their preservation has always been foremost in my mind and so in 2018

I decided that considering the large number of venomous snakes in the region maybe it was about time that I would do something about saving those in danger and in order to do that I should get myself trained and equipped to do that. I attended a very good course with the African Snakebite Institute, bought some essential equipment and slowly began to get involved again.

Late in 2019 I was retrenched by my employer and with the virus hitting the scene early in 2020 work has been hard to come by but the positive side of that is the time I have available to get really involved in snake removals in the area of Swellendam and surrounds.

I have loved getting involved again and it is very rewarding (not financially) to be able to relocate dangerous snakes to safer locations and also to see the relief on people’s faces when the snakes are removed.

Where to from here? I have a permit issued by Cape Nature for the removal of snakes and I would like to help other interested people by educating and training them on snakes and ultimately setting up a group where the snake removals can be co-ordinated and carried out by the best placed person. I have set up a page on Facebook where I write about snakes caught and relocated and other related articles of interest. The link follows

I have included some photos of snakes of our area but note that one of the photos is a lizard.

Mon Apr 26 , 2021
“I am a self taught, universe taught artist dabbling in many different mediums. Primarily painting, poetry, sculpting, recently singing and of course gardening. My style is undoubtedly naïve and personal. I try to connect myself and others to the Earth and each other through images, forms and words. To communicate […] 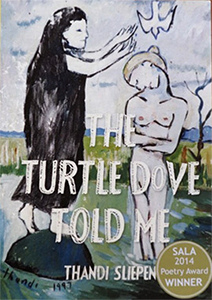