Editors Note:
The Elephant in our living room

I’m going to shoot straight from the shoulder on this one. The current turmoil in South Africa, the world and for that matter in our lives cannot be addressed by repeating the same failed approaches of yesterday. The truth is that in a world in crisis, the only way real and lasting peace can be achieved is to deal with the primary cause of all human conflict, which is us humans, our destructive behavior — our human condition.

My friend Martin from Cape Town shared the following poem with me some years ago and it is certainly relevant for purposes of this article and symptomatic of the Human Condition psychosis:

The boredom,
The notion of peace,
Banners of men, ill at ease.
irritability and just plain meanness.
Callous verbiage and cruel gossip.
Jealously under a mask of politeness.
Flowers, Hallmark cards, adultery.
Unfit, overweight and vulgar.
Defeatist, nihilistic and coward.
Manipulative, indifferent, selfish.
Big talker, no brainer and turkey heart.
Give that man a war that he can detox his conceited, puny soul or die trying.

The following passages are from Biologist Jeremy Griffith’s book Freedom – the end of the Human Condition. The book is available as a free download from the website www.humancondition.com as well as loads of additional material and essays. I follow Jeremy’s work because this is truly a non-abstract, non-mystical, completely rational and thus understandable, scientific, biological explanation of the Human Condition. His work is supported by The World Transformation Movement, a non-profit organization made up of volunteers worldwide. The WTM.  with centres in many parts of the world including South Africa is not a religious organisation, some sort of cult or movement. The sole purpose of the WTM is to promote and support Jeremy’s work on a voluntary basis.

Extracts from the book ‘Freedom’ and related essays

‘We are the problem. We are the ones who are egocentric, selfish, greedy, materialistic, fake, angry as hell. That is us, our destructively behaved, so-called, human condition, and it’s that underlying issue that really has to be addressed and fixed.’

“The truth is the human condition is the agonising, underlying, core, real question in all of human life, are humans good or are we possibly the terrible mistake that all the evidence seems to unequivocally indicate we might be? While it’s undeniable that humans are capable of great love, we also have an unspeakable history of brutality, rape, torture, murder and war. Despite all our marvellous accomplishments, we humans have been the most ferocious and destructive force that has ever lived on Earth—and the eternal question has been ‘why?’ Even in our everyday behaviour, why have we humans been so competitive, selfish and aggressive when clearly the ideals of life are to be the complete opposite, namely cooperative, selfless and loving? In fact, why are we so ruthlessly competitive, selfish and brutal that human life has become all but unbearable and we have nearly destroyed our own planet?!”

ABOUT THE HUMAN CONDITION
AND ITS RESOLUTION

How does science currently explain the human condition?

In the absence of the fully accountable, true understanding of the human condition—the explanation for why we behave divisively instead of cooperatively and lovingly—it makes sense that we humans needed to come up with some excuse in order to cope with the negative implications of our behavior. And so, we came up with the excuse that our ‘human nature’ is really no different from that seen in the animal kingdom; that we humans are competitive, aggressive, and selfish because of a need to reproduce our genes. Scientists embraced this excuse and developed it into a series of extremely dishonest, human-psychosis-avoiding theories —such as Social Darwinism, Evolutionary Psychology, and Multilevel Selection.

But this ‘biological need to reproduce our genes’, savage instincts excuse cannot be the real cause of our competitive and divisive behavior because firstly, we humans have cooperative and loving moral instincts, the voice or expression of which within us is our conscience. As Charles Darwin recognised, ‘The moral sense perhaps affords the best and highest distinction between man and the lower animals’ (The Descent of Man, 1871, ch.4).
Secondly, descriptions of human behavior, such as egocentric, arrogant, inspired, depressed, deluded, pessimistic, optimistic, artificial, hateful, mean, immoral, guilt-ridden, evil, psychotic, neurotic, alienated, etc., all recognise the involvement of our species’ unique fully conscious thinking mind—that there is a psychological dimension to our behavior. Humans have suffered not from the genetic-opportunism-based, non-psychological animal condition, but the conscious-mind-based, psychologically troubled human condition.
And importantly, the ‘selfish instincts’ excuse has led to the belief that human nature is fundamentally unchangeable—that there will always be bad people, wars, murders, inequality, and so on, and that the meaning of life is just to try as best we can to manage those supposedly innate, unchangeable savage aspects of our make-up. But since our condition is a psychosis and psychoses can be healed with understanding, human nature is not unchangeable or immutable!
So, what has been needed is the psychosis-addressing-and-solving, real biological explanation of the human condition, because that will heal humans, rehabilitate and transform our lives. And it’s precisely that real explanation that is presented in biologist Jeremy Griffith’s book FREEDOM: The End Of The Human Condition (a condensation of the explanation appears in Video/​Freedom Essay 3).

Fri Oct 8 , 2021
Our dear friend Meraai, the baker from Buitekant Street in Swellendam. A story of true beauty. 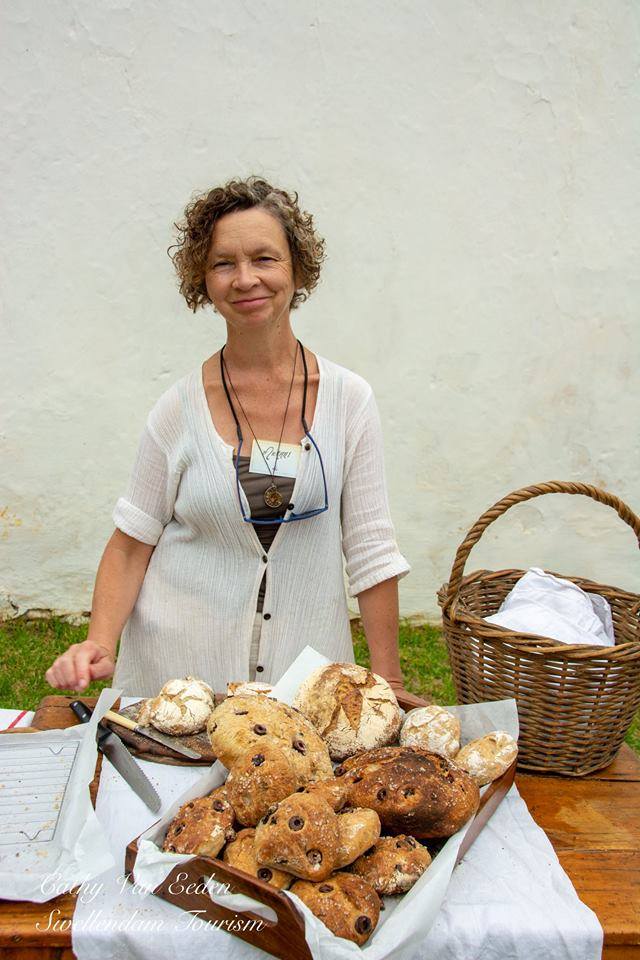